Poverty is a very complicated issue, but feeding a child isn’t. As per the latest UN report published on 28th May 2015.
The number of hungry people in world has come down to 795 million, 215 m down from last decade. But despite that India continues to have the second largest population of hungry people after china and has – 194.6 million undernourished people – 15.2 % of total population.
Higher economic growth has not fully translated to higher food consumption suggesting that the poor and hungry may have failed to benefit much from overall growth for cancer affected Children

DBM has been working on a Hunger-Free-India Mission with the goal of feeding children atleast one meal a day. With this view in mind DBM has been feeding around 2000 school going children every day and have thus so far provided 2 million meals since Jan 2009 through our Mid Day Meal Program.

Nutrition for cancer affected children :
This year in 2015 we expanded this program to cover the most vulnerable children – Cancer Affected Children.
These children require a special diet to boost their immune system. A large majority of these children come to mumbai for treatment and DBM has taken the initiative to feed such children with the proper diet they need. 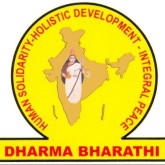